Beyond Brexit: keep one step ahead through innovation

Scott Chambers, MD of Mezzanine International, encourages firms to use innovation as a key differentiator to keep one step ahead of Brexit. 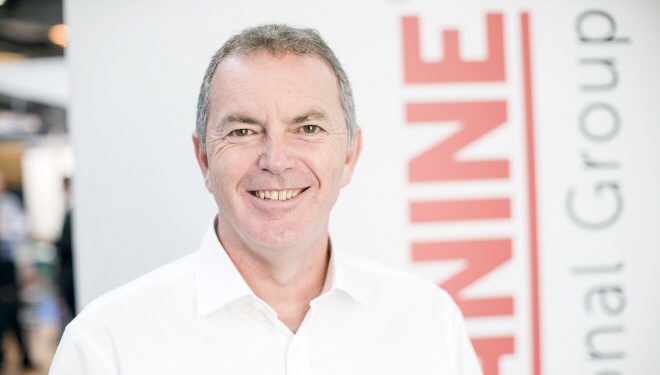 Britain voted to leave the European Union in June 2016 and article 50 was triggered in March 2017. These are relatively recent events but so much has happened within British industry and commerce in this short period of time. Many companies have been drawing up plans to mitigate or capitalise on Brexit and industry associations have been trying to steer their members in the right direction. AMHSA, for example, recently held a Brexit 'Round Table' meeting for members, which concluded that Brexit will be a catalyst for change in the automation industry in a number of ways.

The uncertainly surrounding Brexit is already being felt in the UK labour force. According to Office for National Statistics (ONS) figures for 2015, some 2.8 million EU nationals (excluding Irish citizens) are resident in the UK. If, following the Brexit negotiations, the free movement of labour disappears and more stringent immigration controls are put in place, the flow of migrant labour into the UK workforce will reduce. As the logistics sector relies quite heavily on foreign workers, this will mean labour shortages, leading to wage rises. Some impact has already be felt due to the devaluation of the pound, which has reduced the value of UK wages being sent home to family abroad, encouraging some workers to return to their country of origin.

The forecast of labour shortages is serving to strengthen the case for automation in the logistics industry, as companies seek to make their operations less labour-intensive. The effect is likely to be pronounced in the European e-commerce sector, which is predicted to experience continued strong growth. Labour shortages will also lead more SMEs to consider automation and the industry may need to respond to this demand with new marketing solutions such as schemes for system rental or transactional charging.

Increasing automation will inevitably change the design of warehouses, distribution centres and manufacturing sites. Automation is suited to multi-level warehouses, designed to combat high land costs. Of course, this is good news for mezzanine solutions providers such as Mezzanine International Group, but suppliers need to be offering the right kind of solution for future needs as they evolve. This is what I mean about being ahead of the game through innovation. A mezzanine structure that has been designed to accommodate the floor loading for one type of automation may not be suitable for another - more effective - type of automation. Human order pickers working at, say, pick-by-light stations served by an intelligent conveyor system will have a very different floor loading to, for example, a clutch of multi-axis fully automated robots served by automated guided vehicles (AGVs). The more advanced automation could help alleviate labour shortages but would require mezzanine flooring with a higher capacity floor loading.