UK warehouses are "full", raising doubts about the ability of UK firms to stockpile goods ahead of a potential no-deal Brexit. 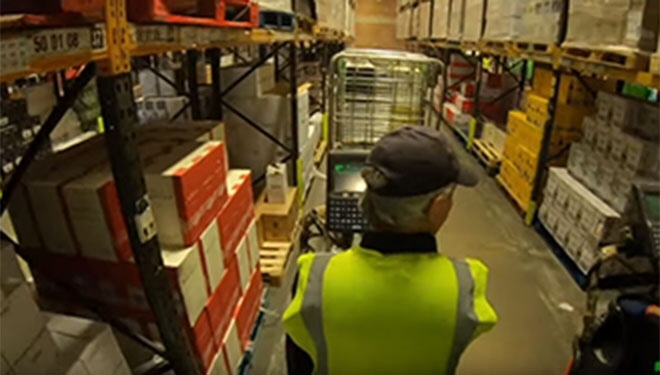 The estimated vacancy rate for warehouses of over 100,000 square feet nationwide for the second quarter is 6.8%, data seen by Newsnight shows.
In the "inner M25" area the vacancy rate has fallen to just 2.2%.

The nationwide figure is slightly up on last year but, according to experts, still suggests virtually no spare capacity to cope with additional stockpiling.

A decade ago, the national vacancy rate was as high as 23%.

"The market, as represented by our members, is full," said Mr Ward.

A no-deal Brexit is expected to result in new border checks for goods flowing between the UK and the EU. Manufacturers and supermarkets have been put under pressure to stockpile goods and components to avoid shortages in shops and industrial disruption.

The favourite for the Tory leadership, Boris Johnson, has said the UK will leave the EU on 31 October "come what may", even if that means a no-deal Brexit.

Richard Sullivan and Kevin Mofid of Savills - who compiled the warehouse data - said there were long-term demand pressures on UK warehousing. This is in part due to the rise of e-commerce, which requires more warehousing than traditional retailing and also because new available land in recent years has been used for residential development.

'Timing couldn't be worse'
They said that before March there hadn't actually been a spike in firms taking any extra warehouse space, despite widespread stockpiling activity, and that this was because firms had used their buffer space on their existing estates.

"Anything below 10% is a landlord's market," they added.

But industry experts said it would be much harder for companies to tap this spare capacity this time around because many warehouses will be filling up anyway ahead of "Black Friday" and Christmas retailing.

"The biggest concern at the moment is that the October deadline comes right bang in the middle of peak season. From a timing point of view it couldn't be worse," said Mr Ward of the UKWA.